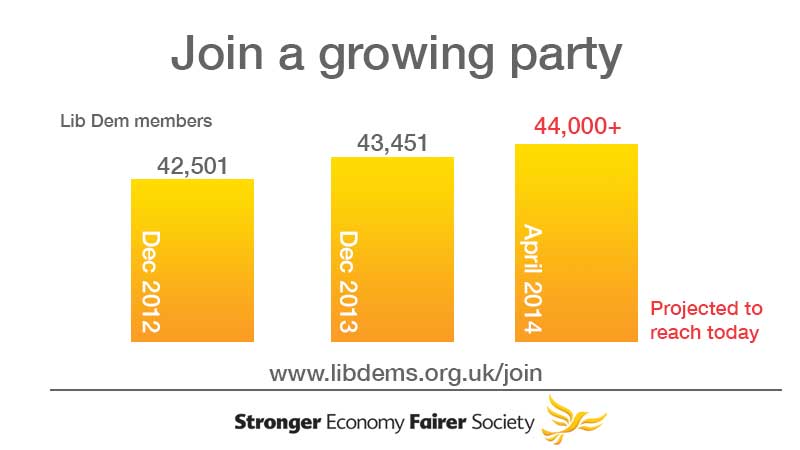 "As a party we are on the front foot, making the case confidently that only the Liberal Democrats can build a stronger economy and a fairer society, enabling everyone to get on in life.

"We are campaigning hard in the European elections as the Party of IN. We are the only party that will stand up for British jobs and our place in Europe - and in Nick Clegg we have the only party leader prepared to go out and make that case publicly.

"We are proud that we have a record of delivery to champion in Government, including cutting taxes for working people by £800 a year; creating 1.6m new apprenticeships and investing in schools with the £2.5bn Pupil Premium and free school meals for infants.

"And we are also showing that we have curbed the worst excesses of the Conservative Party, stopping them from allowing bosses to fire staff at will; giving inheritance tax cuts to millionaires; or allowing the Government to snoop on your emails."