Get ready for the surprise story of polling night

The surprise story tomorrow night will be the Liberal Democrats. 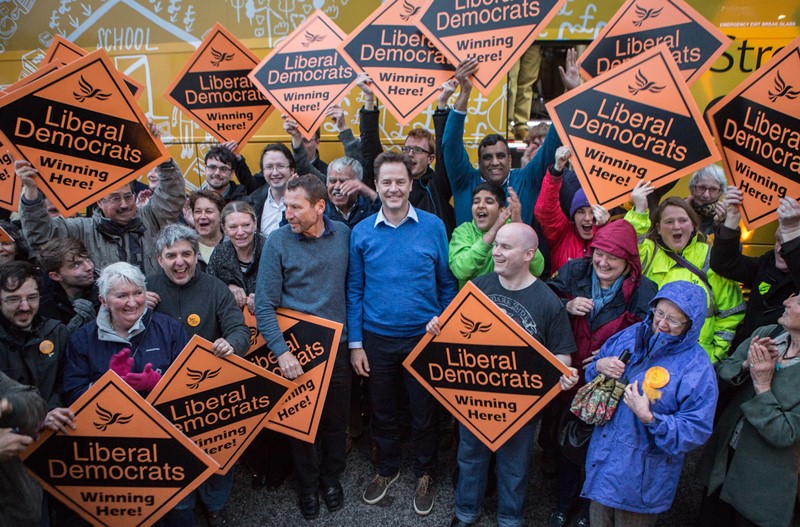 "We were written off at the beginning of this campaign - yet when the polls close tomorrow night, we will be the surprise story of the election".

"We are going to do so much better than anybody thinks. I've seen it for myself in seats across the country these last few weeks.

"There's a momentum building behind our candidates in those seats where we are there in numbers, getting our message across loudly and proudly."

listen to &#x2018;Get ready for the surprise story of polling night&#x2019; on audioBoom

With the polls neck-and-neck and no party likely to hold a majority in parliament, voters face the prospect of a new government lurching to the extreme left, the extreme right, or breaking up the country unless they vote Liberal Democrat to anchor Britain to the centre ground.

Nick has visited 54 constituencies and travelled 8,367 miles - the equivalent of the length of the Nile and Amazon rivers combined together - since the end of March.

And he praised the hard work of campaigners in seats from South West England to North East Scotland, who have:

Knocked on more than 4m doors

Made tens of thousands of phone calls

"We are getting our message across and, where we are, we are going to win.

"So we are not going to listen to our critics and those who write us off.

"In seats the length and breadth of the country - from Land's End to John O'Groats - we can and will win.