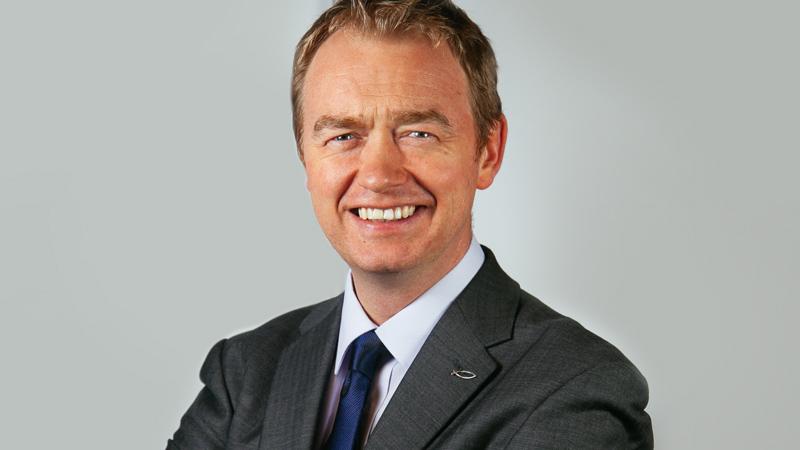 Tim Farron wrote to the Prime Minister, together with Nick Clegg, Paddy Ashdown, Ming Campbell, Kirsty Williams and Willie Rennie setting out five principles against which the Liberal Democrats would judge the case for extension of military action against ISIL in Syria.

This is an update on the action taken since the Liberal Democrats supported extending military action against ISIL in Syria, and how it relates to these five principles.

Military intervention must follow an international legal framework. We believe this has been provided by UN Resolution 2249 which urges members to take "all necessary measures" to defeat ISIL.

This is the instrument with which all those opposed to ISIL have the means to coordinate military action to defeat them, including regional actors on the ground.

2. Wider diplomatic framework including efforts towards a no-bomb zone to protect civilians

Any military action by the UK must be part of a wider international effort involving all who have an interest in defeating ISIL, as a prelude to ending the conflict in Syria, including Russia, Iran and Turkey.

The UK Government should use all efforts to ensure that the Vienna talks succeed in bringing together the broadest possible support for action to end the war in Syria and effect political transition.

In addition, we call on the government to explicitly work towards ending the Syrian regime's bombing of civilians with a no-bomb zone to maximise civilian protection and allow for an upscaling of humanitarian access.

The Government motion clearly places this military action within the broader strategy of bringing peace to Syria. And in his comments the Prime Minister has made a strong effort to stress that his plans are part of a wide diplomatic framework which seeks to ultimately destroy ISIL and ensure political transition and an end to the war in Syria.

The key countries that are needed for this to happen are involved- either in the Vienna talks, in the fight against ISIL, or in both.

Civilian protection is the ultimate aim of a ceasefire, which is clearly stated as an aim in the motion. We call for a stronger commitment to this as part of the Vienna talks, but we believe that the plan outlined in the talks is currently the best platform on which civilian protection can be delivered.

UNSC Resolution 2254 further embedded the Vienna process in the international arena, and reaffirmed the steps for peace in Syria laid out by Vienna, including:

4. (UNSC) Expresses its support, in this regard, for a Syrian-led political process that is facilitated by the United Nations and, within a target of six months, establishes credible, inclusive and non-sectarian governance and sets a schedule and process for drafting a new constitution, and further expresses its support for free and fair elections, pursuant to the new constitution, to be held within 18 months and administered under supervision of the United Nations, to the satisfaction of the governance and to the highest international standards of transparency and accountability, with all Syrians, including members of the diaspora, eligible to participate, as set forth in the 14 November 2015 ISSG Statement;

There are criticisms of this as at no point does it reference the removal of Assad.

UNSCR 2254 included explicit reference to involving women in the peace process. No women were involved in the previous Geneva talks.

More recently, there has been an escalation of tensions between Saudi Arabia and Iran following the execution of Shia Cleric Nimr al-Nimr by the Saudi government in early January, though at the moment the Vienna talks are still scheduled to continue. Saudi Arabia's action call into question their commitment to long term peace in Syria and the wider Middle East. The Peace Process was expected to resume in January 2016, but a date has not yet been confirmed for the next meeting.

It is critical that the UK works with the EU to secure lasting peace in Syria, as proven by the success of the EU negotiated process with Iran.

There are serious concerns about the government's priorities as relatively little has been said on this compared to all the energy Cameron is putting into the EU renegotiation. Given as many as 3 million refugees are expected to travel to Europe in 2016, it is critical that the government focus their diplomatic energy on solving the Syria crisis, not distracting the EU with the referendum.

Expert advice maintains that it would not be possible UNDER PRESENT CONDITIONS to establish a no-fly zone, without acceptance by the Russians, due to the involvement of too many actors and states, and the lack of a clear area over which to establish the zone.

Attention has been drawn recently to the Assad regime's "siege" tactics, in which they are restricting the access of food and goods to towns, effectively starving out the population. These starvation tactics are in contravention of humanitarian law. The UN reached an agreement with the Assad Regime on letting humanitarian access into the besieged town of Madaya, and access to other towns is in negotiation. Lib Dems have called for RAF planes to be used to assist the delivery of humanitarian aid as long as it does not put our pilots in danger.

3. UK led pressure on Gulf States for increased support in the region

The UK should lead a concerted international effort to put pressure on the Gulf States, specifically Saudi Arabia and the United Arab Emirates, to stop the funding of jihadi groups within the region and worldwide and do much more to assist in the effort to defeat ISIL, establish peace in Syria and help with the refugee situation. They are currently doing very little, despite claiming to be part of the anti-ISIL coalition.

ISIL is not just a Western problem, and this is one way of preventing them from framing the situation in that way.

We call on the government to pressure all regional states to be more vocal in their support of the aims of the coalition and in their condemnation of ISIL.

The Government's motion commits to cutting "ISIL's sources of finance, fighters and weapons" but we believe more needs to be said about the role of specific states on this, including Saudi Arabia and Turkey, and will be pressing for further action from the Government on this.

We continue to be critical of the government's approach to Saudi Arabia and the Gulf State, especially given Saudi Arabia's recent actions. The government's response to the Saudi execution of 47 people, including Shia Cleric Nimr al Nimr was that it was "disappointing". Beyond this, the government continues to defend the Saudi-UK relationship very strongly.

Saudi Arabia held a meeting of Syrian coalition forces in December, which was welcomed by the UK government. However, the breakdown in already fragile relations between Saudi Arabia and Iran means that the Sunni-only membership of this collection of opposition groups further solidifies the sectarian nature of the Syrian conflict and the Saudi/Iran cold war playing out there.

Qatar is one of the hosts of the post ISIL conflict funding conference mentioned below.

The government must be absolutely clear on what Syria and Iraq will look like post-ISIL, and what post-conflict strategy (including an exit strategy) they propose to give the best chance of avoiding a power vacuum. This must be linked to the above diplomatic framework which will outline steps for ending the wider conflict in Syria.

There is significant detail in the statement and the response on how the UK is part of various initiatives to ensure a comprehensive reconstruction in post-war Syria.

Critically, the Prime Minister has stressed that they will not repeat the mistakes of Iraq and will not attempt any dismantling of the Syrian state, nor will they use foreign funding to support international corporations to replace any state institutions

The Vienna talks are currently proposing a transitional government without Assad to be established in the first six months of 2016, following by elections within the next 18 months.

We are pushing for much more active and open planning for post-conflict Syria.

Significant advances have been made against ISIL in Iraq, with most of the coalition airstrikes aimed at targets there. US Department of Defence data says there have been 29 coalition airstrikes in Syria and 155 in Iraq in 2016 so far (up to 6 Jan). According to a report based on the data, overall ISIL lost 25% of its territory in 2015.

The post-conflict Syria funding conference is scheduled to be held in February in London.

We acknowledge that the fight against ISIL is not just in the Middle East: it is within Europe and it is here in the UK. We call on the government to immediately publish its 2014 investigation into the Muslim Brotherhood and also call on them to conduct an investigation into foreign funding and support of extremist and terrorist groups in the UK

We call on the government to step up its acceptance of Syrian refugees, and opt in to Save the Children's proposal to rehome 3000 unaccompanied refugee children from with Europe.

The Prime Minister has confirmed that the Muslim Brotherhood report will be published in the next two weeks, and has agreed to commission a wider report into the funding of jihadi groups in the UK.

The Muslim Brotherhood report was published in December 2015.

The report into the funding of jihadi groups in the UK has been announced and is expected to report back in this parliamentary session. We are continuing to ensure this timetable is maintained, and Lord Wallace has a parliamentary question on it in early February.

There is increasing pressure on the UK government to accept 3000 unaccompanied children, with the International Development Committee supporting the proposal in January 2015. Labour, the SNP and other opposition parties now support the call. The Prime Minister has confirmed that he is "looking into it". Tom Brake has gained support from a cross-party group of MPs calling for the Prime Minister to act quickly, given the immediate risk faced by so many of these children.

We will continue to push for this proposal, including by looking into what support and resources Local Authorities will need to implement it.