Text messages have warned Muslim voters they will be condemned to hell if they do not vote Labour in the Stoke-on-Trent Central by-election, it has been reported.

The Stoke-on-Trent Central Liberal Democrats have called on the Labour Party to condemn the campaign of misinformation taking place under their name in Stoke-on-Trent and suspend any activists involved in the text scandal.

According to The Sun, one message said failure to back the Labour candidate would see "anti-Islam" Ukip win. It reportedly said: "Will you be able to answer for this in the Grave and on the Final Day??? 'I helped the Enemies of Islam because…'" 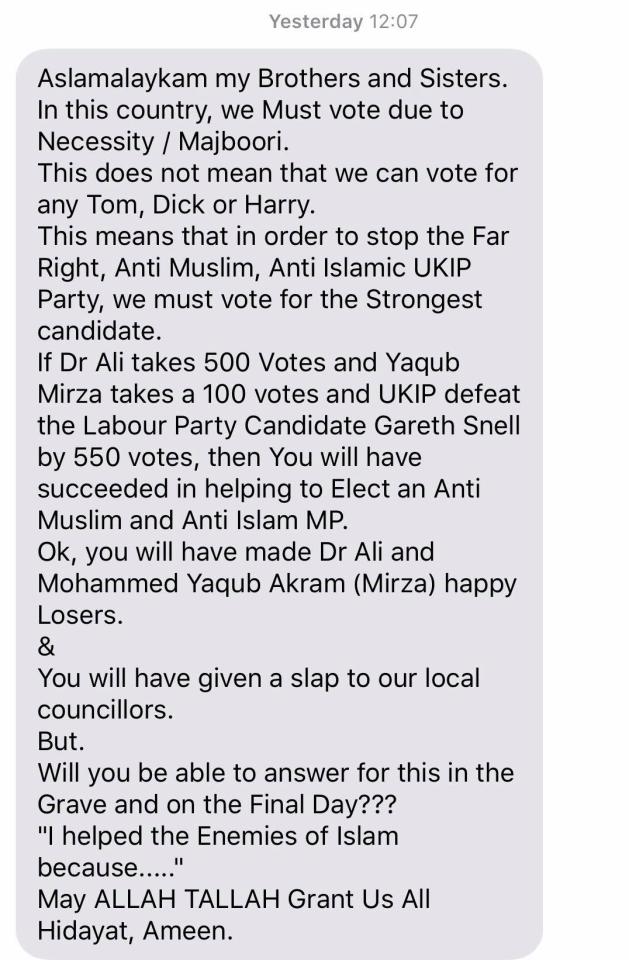 1. To condemn the campaign of misinformation and intimidation currently underway in their name in Stoke-on-Trent

2. To apologise for their members and activists who have been involved in stirring up community tensions and to suspend all those involved in the text scandal and have them removed from the Labour Party campaign with immediate effect

3. For Gareth Snell to make a personal apology to Dr Zulfiqar Ali for the conduct of his members and activists

4. For Cllr Mohammed Pervez, Labour Group Leader on the City Council, as well as the Labour councillors (who are cited in the offensive and illegal texts) for Hanley Park & Shelton, Etruria & Hanley to make clear their condemnation of this scandal.